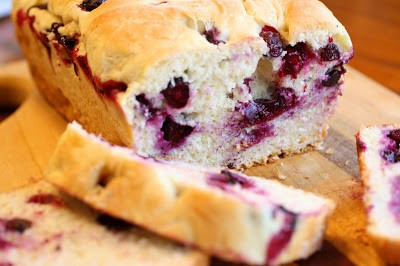 Until a few months ago, I had never made homemade bread other than the kind you get out of an electric bread machine.  But ever since I had my first success with yeast, I’m driven to try again and again.  I’ve made a lot of biscuits in my days, but never just handmade loaves of bread.  I’m really into it.  This is such fun!  I know, I need to get a life 🙂  Maybe I should have been a baker instead of an office manager.
Don’t you think baking is kind of a creative outlet?  Some people paint, sculpt, or even sew.  I just choose to create things with my hands that I can also eat!  Now I feel better that the truth is on the table, with the butter, and the jam.
My traveling husband (who is actually traveling) gave me a cookbook from the Biltmore.  I found a recipe in it for Blueberry Brioche Bread and feeling quite confident, I felt sure I could tweak it a bit and adapt my version.  It turned out pretty good.  I bet it would make incredible french toast.  Ohhhh 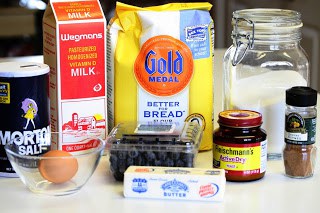 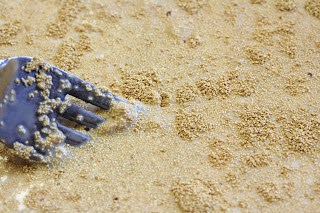 I warmed the milk in the microwave at 15 second intervals until it reached about 110 degrees.  Dissolve the yeast in the milk in a large mixing bowl.  Add half the flour and mix well.  Let it stand in a warm place for about 15 minutes. 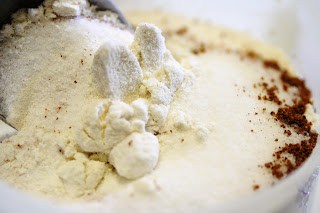 Next stir in the remaining flour, sugar, salt and nutmeg. 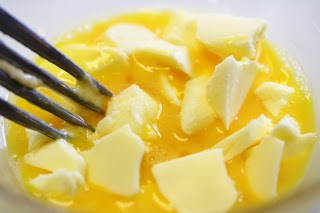 Also add the egg and butter to the flour mixture. 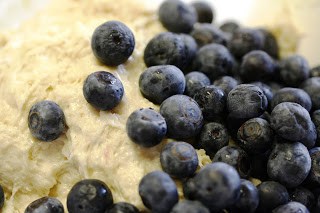 Stir until well mixed.  Once dough starts to come together, add the blueberries.  Turn the dough out on a floured surface and knead to distribute the blueberries or until the dough is smooth and elastic when pressed.  Place the dough in a lightly oiled bowl and turn to coat the surface.  Cover with a kitchen towel and let rise at room temperature for 20 minutes or until doubled in size.  Punch down the dough and divide in half. 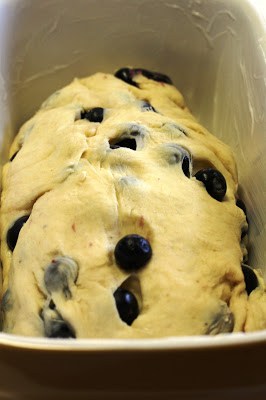 Place half the dough in a greased loaf pan.  Repeat with remaining dough. 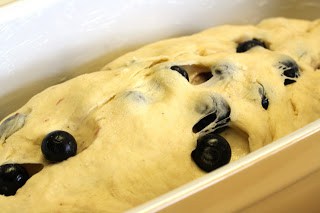 I tried not to overwork the dough and smash all the blueberries. 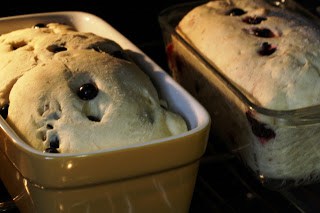 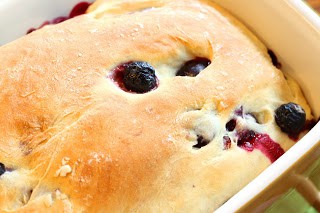 Once golden brown, remove from oven and cool on wire rack. 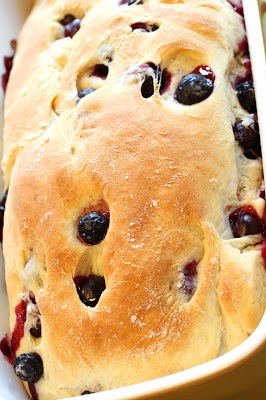 It’s really hard not to pull bites of warm bread right out of the pan.  Something about having to take photos kept me from mutilating this loaf. 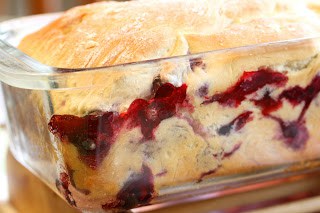 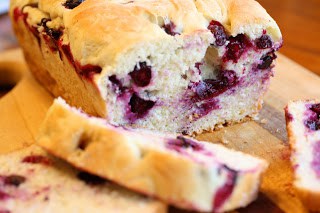 Once cooled, slice and serve. 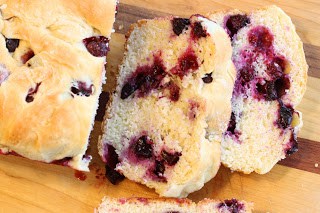 Don’t you think this would be good as french toast? 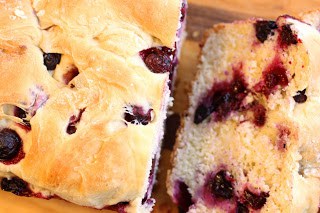 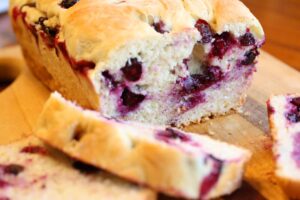