“You want me to expose my triangle??”
“NO silly.  I said I’m going to write about the EXPOSURE TRIANGLE!”
Sheesh.
But that’s enough about that!
Hey it’s Traveling Husband with more photo tips.
By the way the moon shot above is from our back deck a couple of weeks ago.   Not that that has anything to do with anything…..I just like the way it turned out.

This post is in response to a comment from Sue at The View From Great Island after Photo Tip #2, about depth of field.  She asked for more info on ISO.
So Sue, here’s an explanation on ISO.  And then some.
ISO is another side of what is often referred to as “The Exposure Triangle.”   Last time we talked about Side 1, aperture…and I’ll go ahead and put Side 3—shutter speed, on the schedule for next time we gather here in the SRFD kitchen to talk photo tips.
I’ll wait until then to go into detail about what the Exposure Triangle is, how the 3 sides affect each other—and why you should care.
First, a quick history lesson.  Depending on your age, perhaps you used to shoot photos with a film camera.  Maybe you still do.  Film is still around….it just has a smaller and smaller percentage of the market share every year.
Not all films are equally sensitive to light.  Back in the day, you knew how light sensitive any given roll was, was by its ASA rating. ASA stood for American Standards Association—but it’s ok if you don’t remember that past the end of this sentence. I’m just sayin.

A film’s light sensitivity was known as it’s “speed.”   “Fast” film–rated at ASA 1600–was more light sensitive than “slow” ASA 64 or even superslow ASA 25 film.

These days ASA is gone, and we use “ISO” when discussing light sensitivity and image capturing, whether we’re talking about film or digital photography.   ISO stands for International Organization for Standardization.  Yeah, I know…the letters are out of order. Don’t ask me why.
For digital photographers, which most people are these days, ISO relates to the sensitivity of your camera’s sensor.  A major drawback of film is that a roll of film was a single ISO.
It was what it was.  To change film speed you had to change film.  And that could get expensive in a hurry.
But with a digital camera…..YOU determine how light sensitive your camera is.  You dial in whatever ISO you want.


Simply put, a lower ISO is less light sensitive…a higher ISO is more sensitive.
You can set ISO on your DSLR, your point and shoot, and even your phone camera.

Which means when there’s less light, you may want to shoot with a higher ISO.

Or, if there’s tons of bright light–say, at the kids afternoon soccer game–a lower ISO is best.
And again, we’ll go into more detail about why and how it would be best, next time.
Lower ISO’s generally provide images with less “noise” or, to use the film term “grain.”
Here are a few random photos I’ve shot recently.

This one is of a crosswalk in DC.   I shot it at ISO 160 because it was a bright day
and because I wanted it to have very little noise. 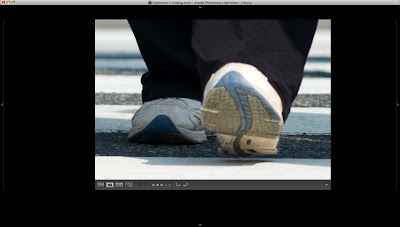 Zooming in, you can see how little noise is visible.
I snapped this one of the pink dogwood in our front yard as I left the house for work one morning.  It was shot at ISO 4000. 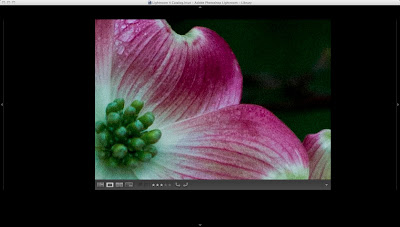 Zoom in and you can see some noise, especially in dark, empty areas of the photo.
This is a streetscape I shot in Cartagena Columbia a few weeks ago. It was shot at ISO 50,000 because I wanted it to have a “film noire” type feel….and also because there was very little light there. 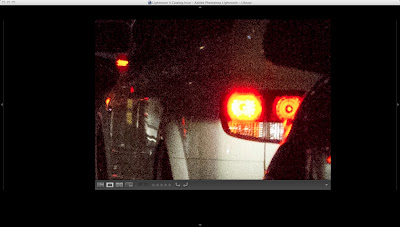 The tradeoff is—the higher the ISO, the noisier the file.   The noise is very obvious here.
OK, that’s it for now.  I don’t want to go too far into the relationship of aperture, ISO and shutter speed, until next week.


It will all make a lot more sense then when we look at the big picture.  HA!  Yes.  Pun intended.
In the meantime, play around with your camera’s ISO setting and see what happens.  Take a few shots with the lowest ISO possible, and some with the highest, then compare the results.
Don’t be afraid to do exploring of the dials and bells and whistles on your camera.  This is often referred to as “menu diving” and you might just find your camera is more capable than you thought!

Let me know how it works out for you!   Feel free to email some images if you’d like.  I;d love to see them.


Thanks so much for stopping by!
Traveling Husband