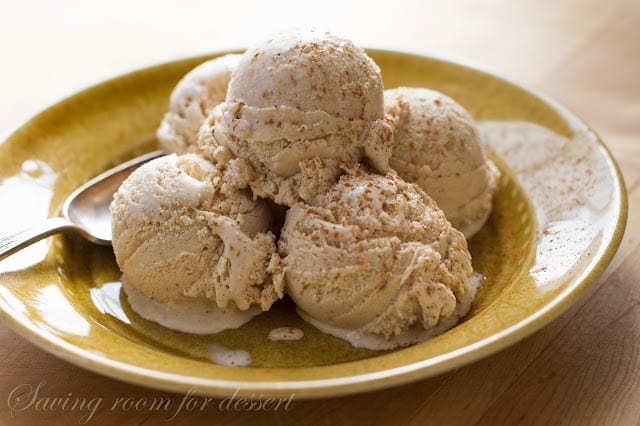 This is what happens when I make macarons.  I have left over egg yolks so the natural thing to do is make ice cream or gelato.  I’m getting pretty predictable!  From the research I’ve done over the years I’ve found gelato has a lower fat content than ice cream so I gravitate to the lower fat option whenever possible.  Gelato is made with more milk than cream and is frozen in a machine that churns slower, thereby adding less air, meaning less volume.  I only have one ice cream maker so this is probably not a true authentic gelato, but hey we’re talking homemade here. 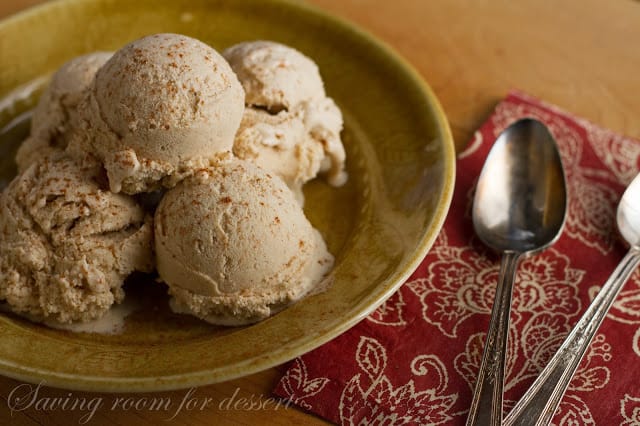 Warm cinnamon, and flavorful vanilla bean, make this a frozen dessert to remember.  Eaten alone or served as a compliment to pumpkin pie, apple pie, apple cake or even a bowl of sauteed apples, this is a comforting creamy scoop!  I just realized I’ve posted three cinnamon desserts in a row.  Just getting ready for the holidays I guess 🙂 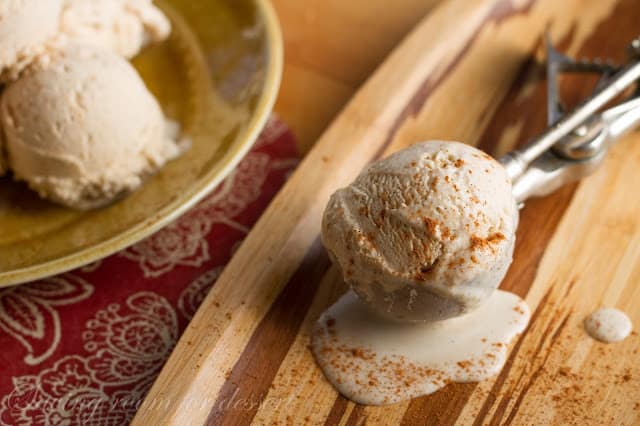 This is the perfect gelato to have in your freezer during the holidays.  Enjoy! 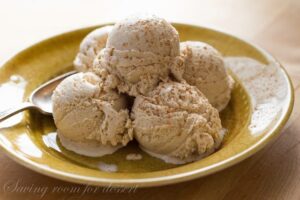 (base gelato slightly adapted from Making Artisan Gelato) Nutrition information is calculated using an ingredient database and should be considered an estimate. When multiple ingredient alternatives are given, the first listed is calculated for nutrition. Garnishes and optional ingredients are not included.