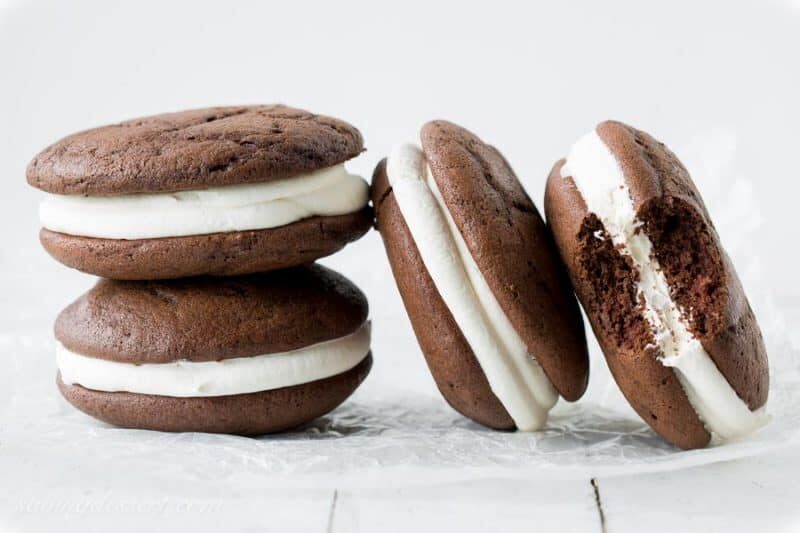 I’ll never forget when I had my first classic Whoopie Pie in Portland, Maine while traveling on business.  My co-workers requested that I bring back Whoopie Pies for them to share, and since this was back in the days before airline travel was so difficult, I carried a big box home with me on the plane.  I have to admit, I was shocked when I saw how huge they are, almost too big to hold in one hand!  Soft chocolate cake you can eat with your fingers – I’m all in! 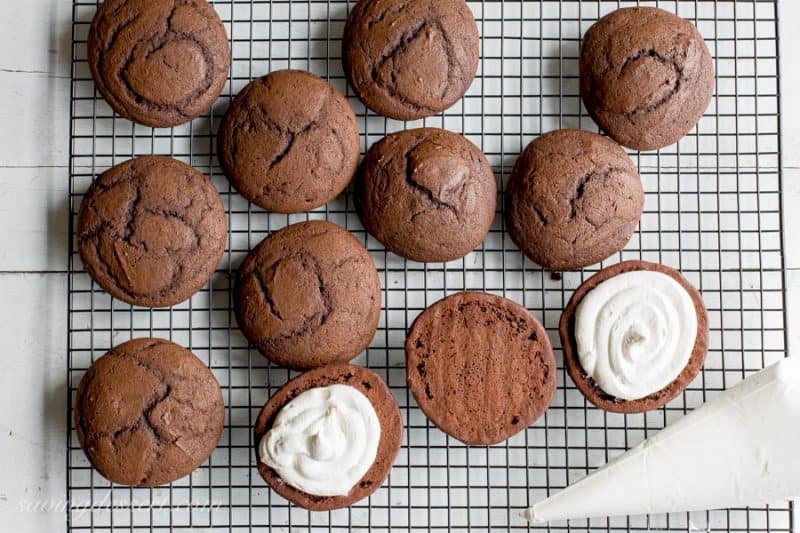 The name ‘Whoopie Pies’ may have come from the original recipients who got so exited when presented with this sweet treat, that they yelled whoopie!  Or so the legend goes 🙂

The genesis of the Whoopie Pie dates back to the early 20th century with roots in Pennsylvania Dutch country as well as coastal Maine.  I have no idea why they are called pies, especially since they are more like cake or cream filled cookies.  Just like Boston Cream Pie is called a pie, but in reality is also more like cake.  So confusing!  In this updated recipe, butter, marshmallow fluff and powdered sugar come together to make a sweet fluffy filling which is much more appealing to me than the lard-ladened original.  Many recipes today still include solid vegetable shortening in the filling, but I love this version with sweet, creamy butter.  Using butter in the frosting also helps the fluffy filling set-up once chilled, so it’s a little less messy to enjoy. 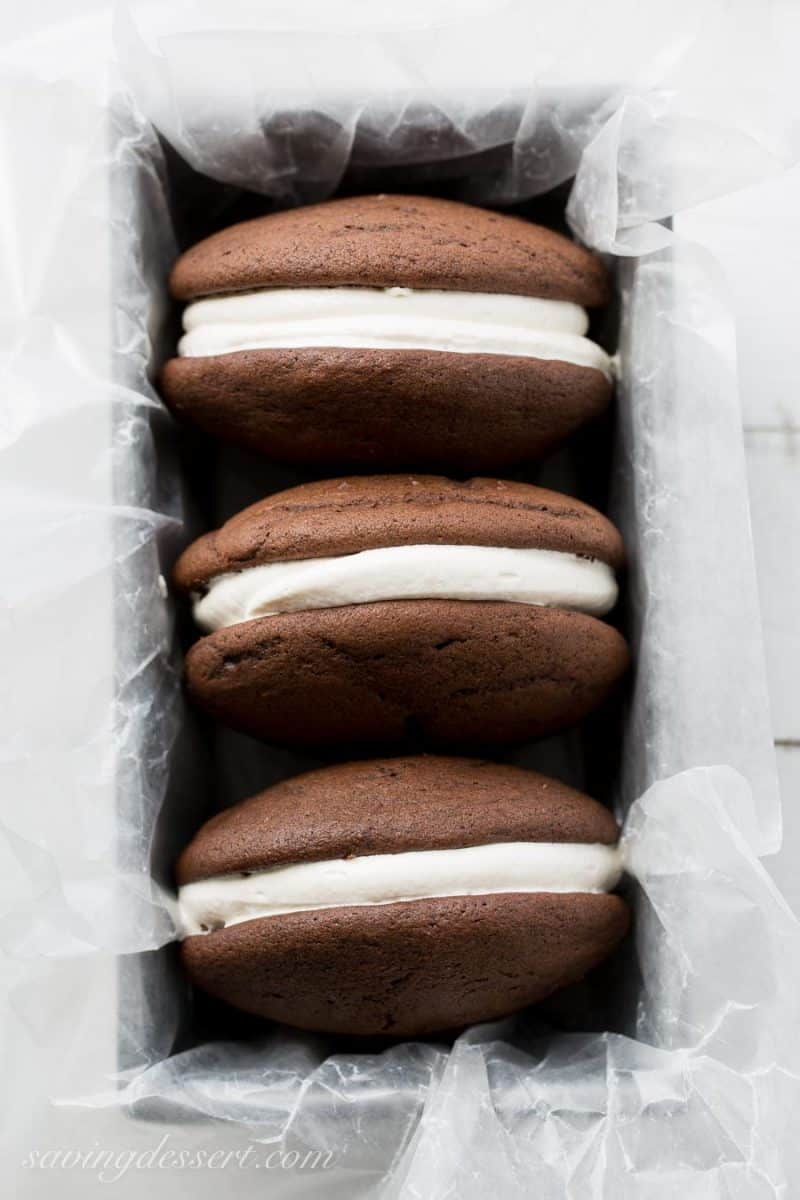 Did I mention that these Classic Whoopie Pies freeze beautifully?

In fact, they’re quite delicious served slightly cold.  I prefer them chilled because it helps keep the frosting from oozing out the sides once you take a big bite!  However, to some that oozing may be their favorite part – so I’ll let you all decide – to ooze or not to ooze? 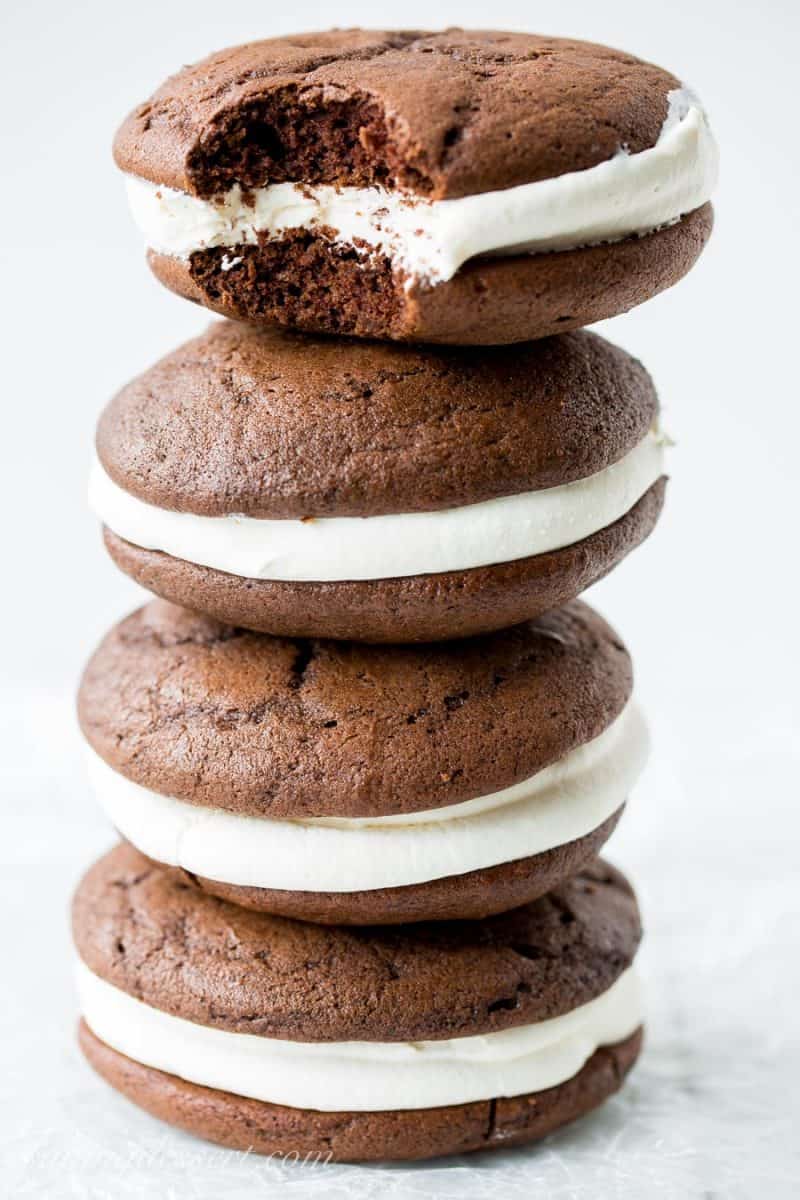 As with all our recipes, we solicited feedback from our serious, dedicated taste-testers. To say their response was enthusiastic is an understatement.   My husband took some to work too, and several co-workers from the northeast fondly recalled stories from their childhood about how much they loved good Classic Whoopie Pies. But every single person said as good as the memories were, these Whoopie Pies were even better.  High praise indeed!  They went on and on about the filling, calling it the best they’d ever had, and each asked for the recipe.    The best part? These Whoopie Pies are easy to make and share, and deliciously fun to eat. 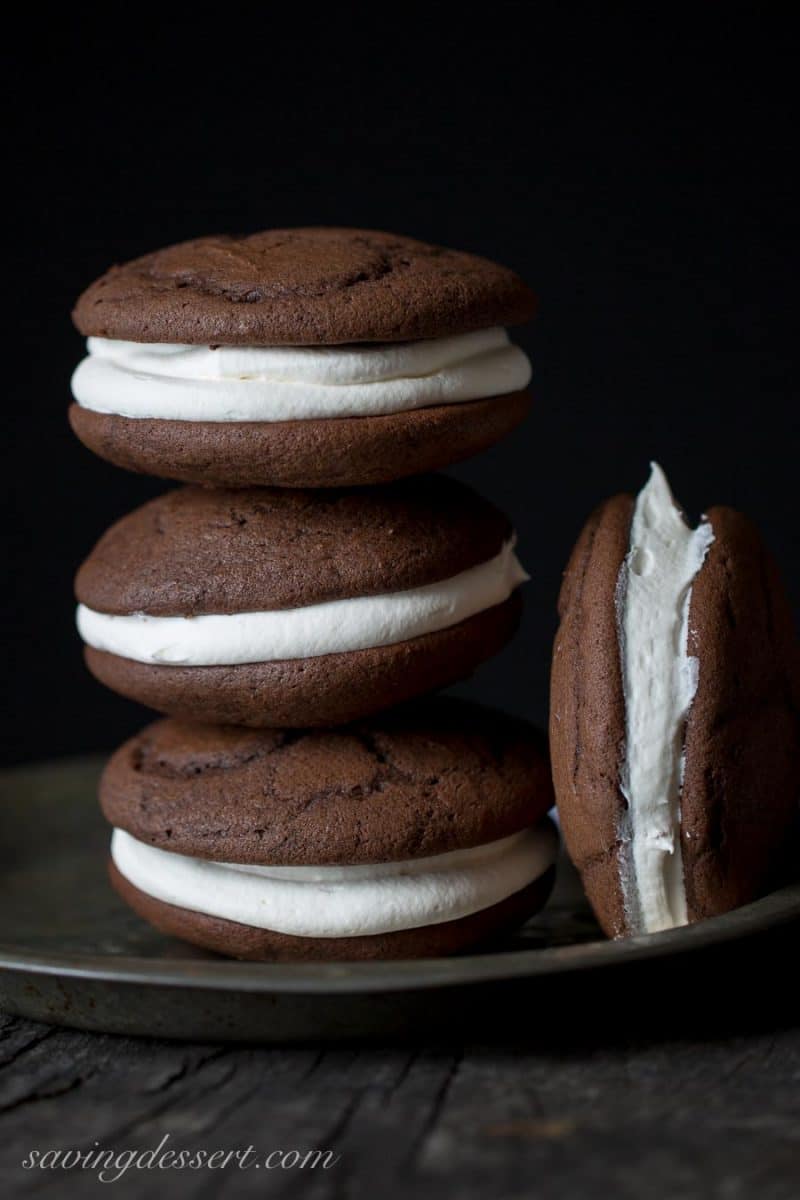 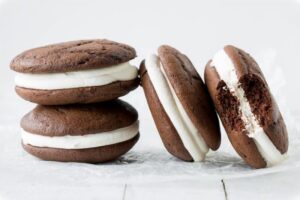 To make the cakes:

To make the filling:

Do you love Whoopie Pies?

We hope you have a wonderful weekend with gorgeous weather.  We’ll be dusting off the grill and bringing out the patio umbrella!  Yeah 🙂

Thanks so much for stopping by!