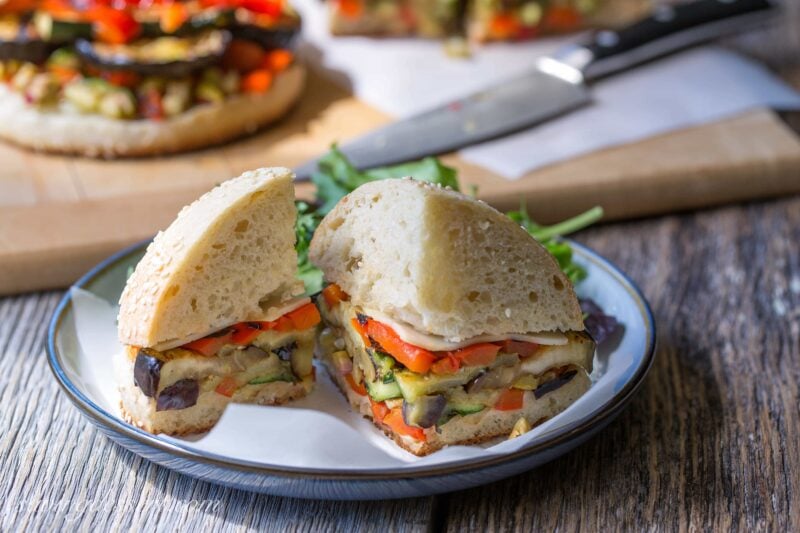 The Muffaletta is both a sandwich and the bread used to make the traditional, overstuffed famous New Orleans favorite.  Immigrants from Sicily brought the bread to New Orleans where it grew into an amazing sandwich loaded with ham, salami, cheese and mortadella.  I’ve only had a few true muffalettas in my life, none of which were eaten in New Orleans.  If you ever get the chance to indulge – please do so.  The signature olive salad is what really appeals to me!  Nowadays, given that we are more inclined to enjoy a meatless-meal rather than a cured meat layered extravaganza, I opted to make the homemade muffaletta loaves & vegetable sandwich (in a smaller version) stuffed with a grilled vegetable base.  Getting older doesn’t have to be without delicious foods!

Muffaletta loaves are most often baked in a 14-inch round, stuffed and cut into individual sandwiches.  Since we’re on our own these days, I thought smaller loaves would be a better choice.  The bread is made over a 2-3 day period, but is incredibly easy to make, and delicious.  I am a big fan of sesame seeds so this loaf was a delicious way to enjoy my vegetables! 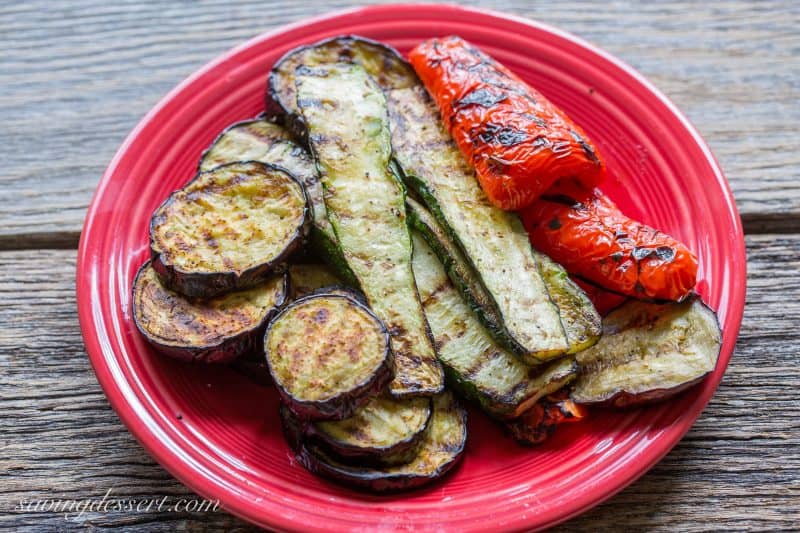 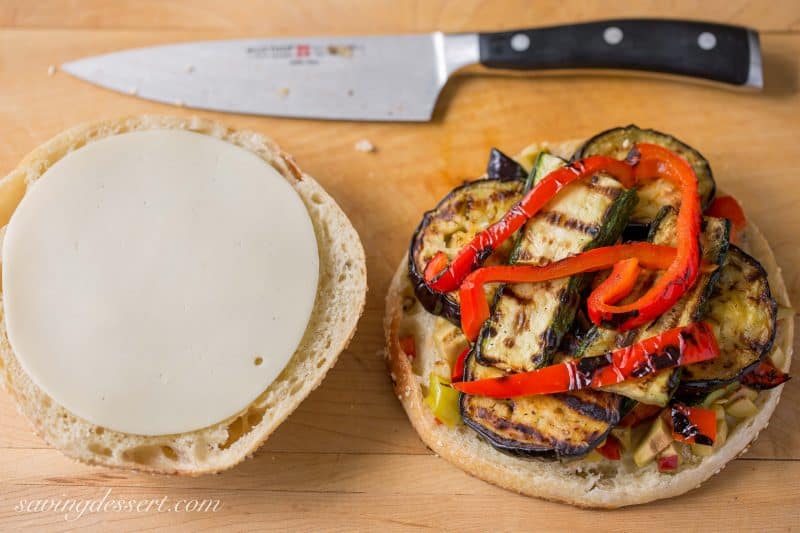 When ready to assemble cut a loaf in half and layer with provolone cheese, the olive salad, and the grilled vegetables. 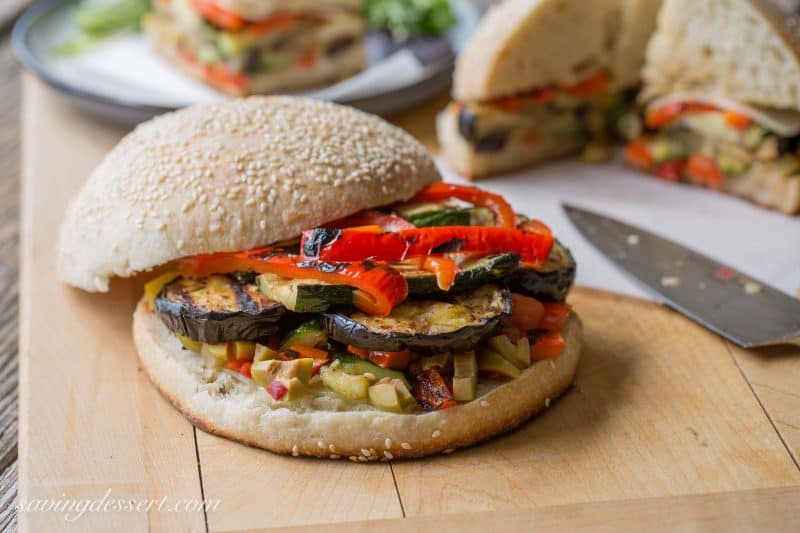 It may not taste exactly like the meat laden version, but this sandwich was really good and much healthier! 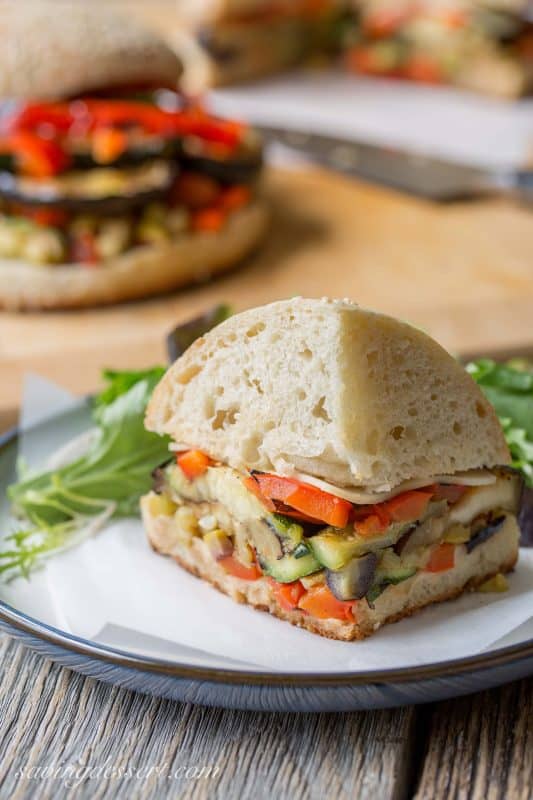 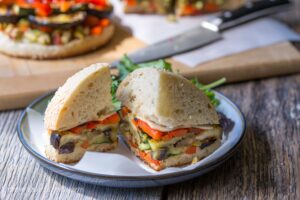 For the Muffaletta Loaves:

For the Muffaletta Loaves:

Are you ready for the July 4th holiday?  Do you have big plans?  My daughter is having a party at her house and I’m bringing a pasta salad and a watermelon.  I bet my grandson is going to love the watermelon!  I think we’ll try and pick more berries tomorrow morning so you can bet there is a cobbler in our future.  Hope you have a terrific weekend.  Thanks so much for stopping by!