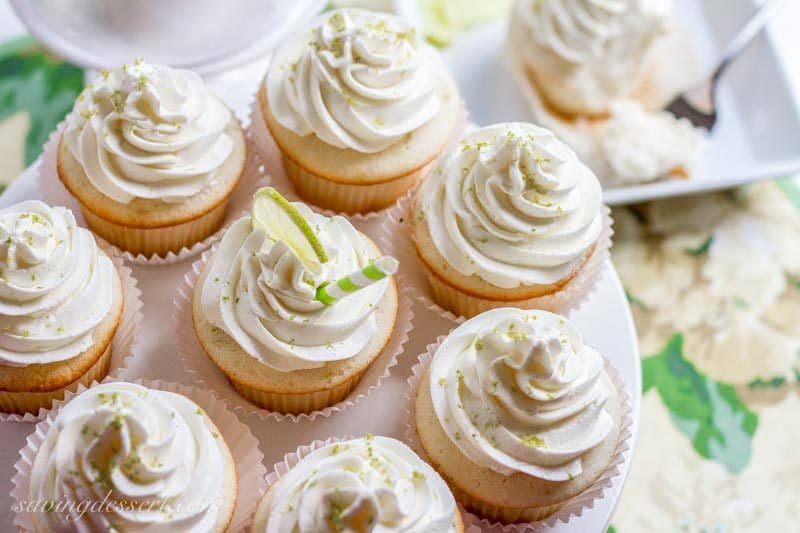 These were supposed to be Cherry Cupcakes with Lime Buttercream (riff on Cherry Limeade) – but sometimes recipe development just doesn’t work out as planned.  It’s all good because these cupcakes are wonderful!  A light, fluffy white cake flavored with lime juice and zest giving them a bright, fresh zing. 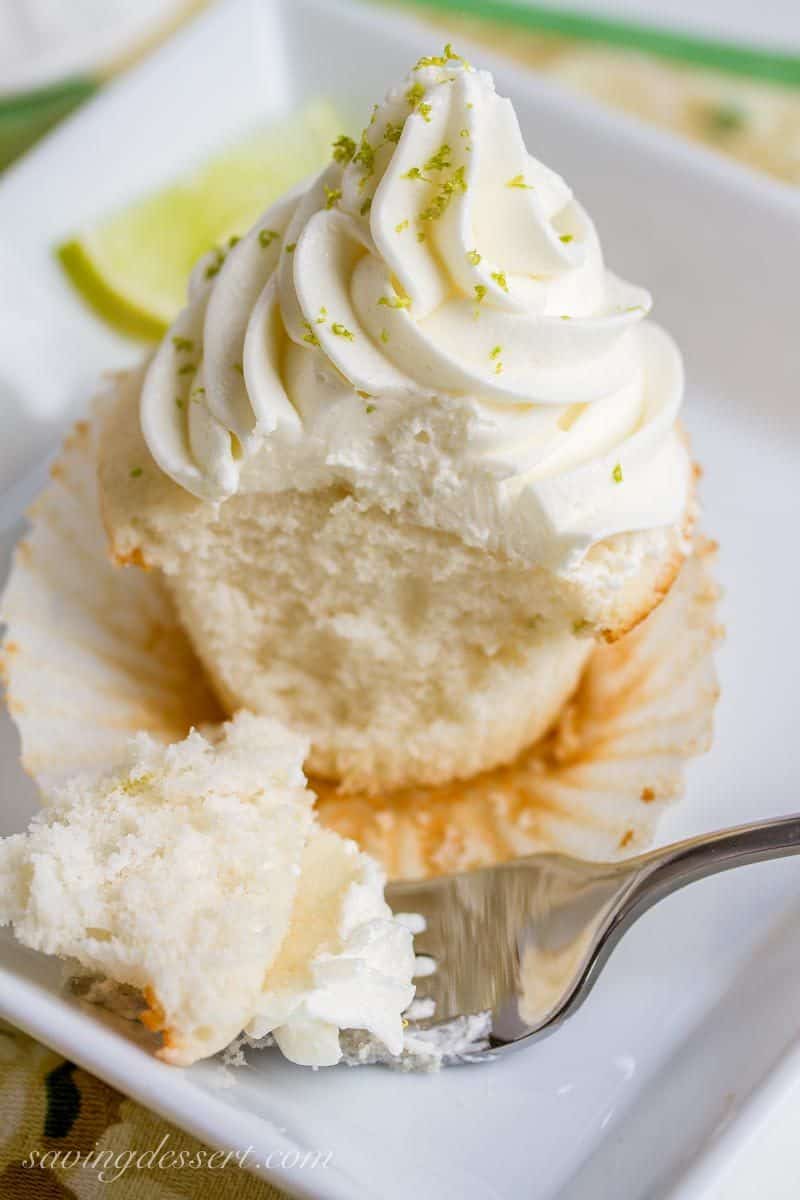 I’ve always wanted to try making Swiss Buttercream so I was thrilled to finally get the chance.  I love regular buttercream frosting, and cream cheese frosting but am not a big fan of high-ratio shortening filled frosting.  Frosting, no matter what kind, can sometimes taste cloyingly sweet and overpower the cake. 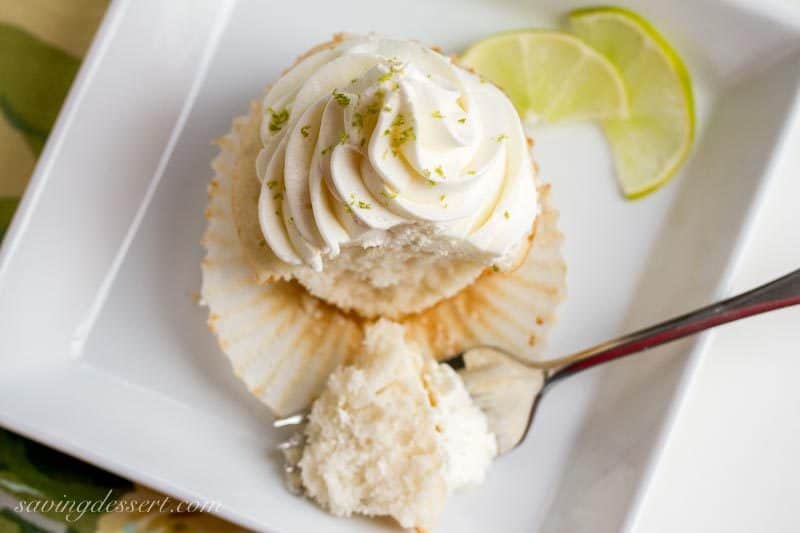 Swiss Buttercream is light and fluffy, almost like whipped topping, but it’s completely stable.  It won’t melt like whipped cream and holds it’s gorgeous smooth ribbons and shiny appearance.  This could be the perfect filling for macarons – can’t wait to try it! 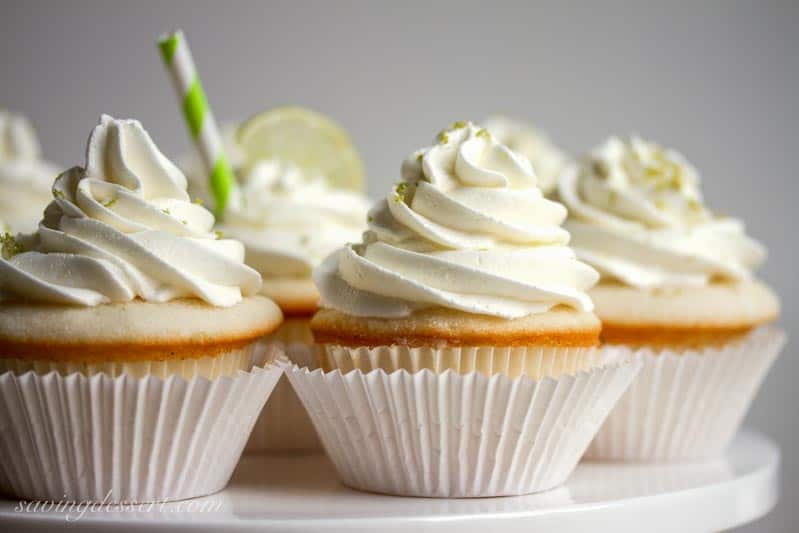 The buttercream is made by combining granulated sugar and egg whites over a double-boiler of gently simmering water.  Once the sugar is dissolved and the egg whites reach 160 degrees, you whip them into to stiff peaks.  Next add flavoring and butter, just a little at a time.  There are times when you think the frosting has curdled but then it magically finds it’s way and you are left with a smooth, shiny, buttery frosting. 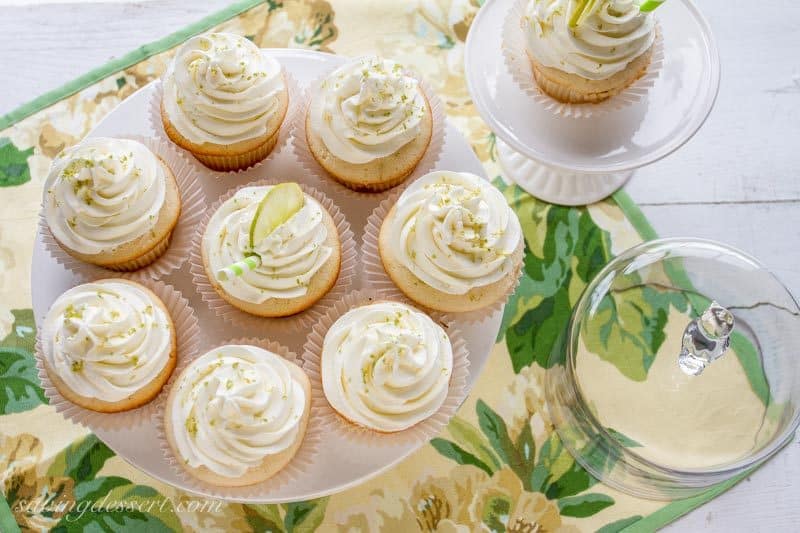 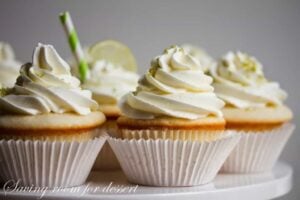 For the Swiss lime buttercream:

To prepare the cupcakes:

To prepare the Swiss buttercream:

(cake slightly adapted from Cook’s Country and the buttercream was adapted from Annie’s Eats) Nutrition information is calculated using an ingredient database and should be considered an estimate. When multiple ingredient alternatives are given, the first listed is calculated for nutrition. Garnishes and optional ingredients are not included.

Here are a few more cupcake recipes you may like:

Have you ever tried Swiss Buttercream?  What are your thoughts on the taste and consistency?  I was pleasantly surprised at the light texture and less sweet taste and it was fun to make.  My cake and icing skills need some work, so this was a good trial for me.  Success!
Happy Monday friends! Thanks so much for stopping by.
Tricia