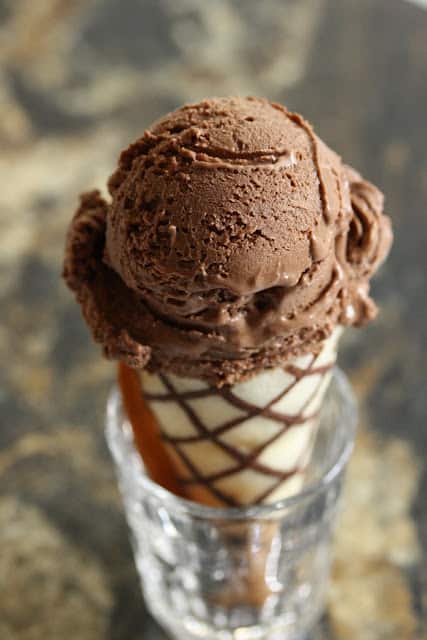 Many moons ago I purchased a cookbook titled Making Artisan Gelato by Torrance Kopfer.  I’ve drooled over the pages, and pages, of creamy treats always promising to make them someday.  But one of the real reasons I wanted to read this cookbook was to learn more about gelato and the differences between the Italian dessert and ice cream.  Gelato is derived from the Italian verb gelare, which means “to freeze.”
Back in the day, I thought gelato was more like sorbet, containing mostly fruit with an icy texture. After a trip to Italy my niece fell in love with gelato and told me it was not sorbet, it was like ice cream, only better.   So I continued to be confused about this very important piece of culinary knowledge.  The author explains the history of gelato in Chapter One and clears up my confusion in one short paragraph.
To paraphrase, Kopfer explains that modern-day sorbet does indeed refer to water-and-fruit based mixtures.  But historically, the terms gelato and sorbet were used interchangeably.  Apparently in Italy gelato often refers to any frozen dessert.  Ha – I wasn’t totally off base 🙂  Not that I’ve ever been to Italy or anything, hint-hint. 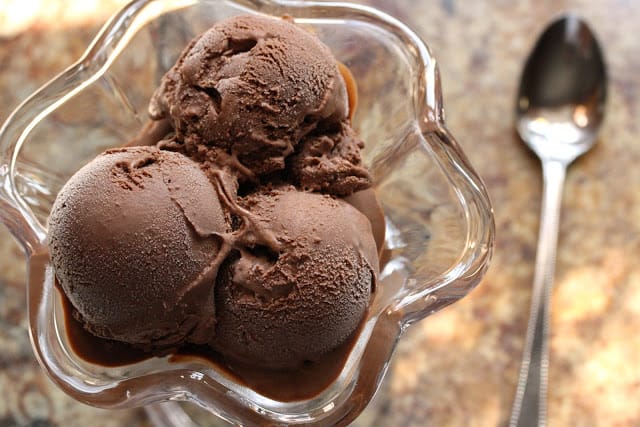 Now we all know that modern-day gelato is indeed a milk based dessert, so what is the differences between gelato and ice cream?   So glad you asked!  Gelato is made with milk, cream, sugar and eggs just like ice cream.  The main differences between the two is the amount of air and butterfat contained in the mixture.  Gelato is made with more milk and less cream, whereas ice cream is made with more cream and less milk.  The ratios are somewhere in the range of 6 to 8 percent butterfat in gelato, and 10 to 16 percent butterfat for ice cream.  For the record, more butterfat is not really needed to make an exceptional dessert! 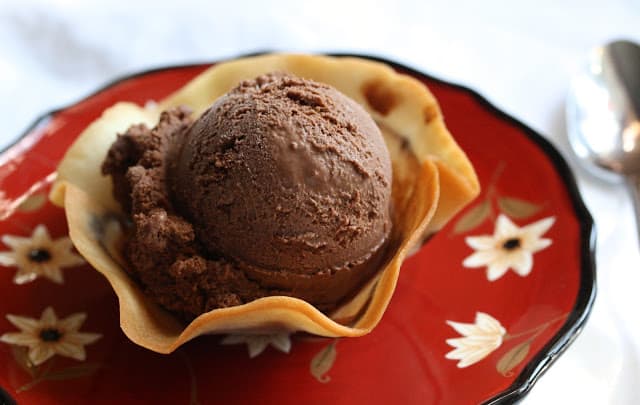 Unfortunately I don’t have a professional gelato maker at home.  I do have my handy-dandy Cuisinart ice cream maker that never disappoints!  So I probably didn’t infuse the right amount of air and ice crystals in the gelato, but I did make one fine bowl of rich chocolate creaminess! 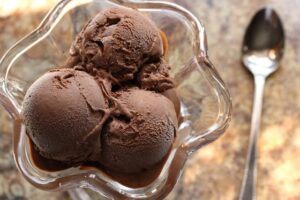 Adapted from Making Artisan Gelato Nutrition information is calculated using an ingredient database and should be considered an estimate. When multiple ingredient alternatives are given, the first listed is calculated for nutrition. Garnishes and optional ingredients are not included.

Calories: 522kcal | Carbohydrates: 57g | Protein: 8g | Fat: 30g | Saturated Fat: 21g | Polyunsaturated Fat: 1g | Monounsaturated Fat: 7g | Cholesterol: 193mg | Sodium: 89mg | Potassium: 367mg | Fiber: 2g | Sugar: 48g | Vitamin A: 891IU | Vitamin C: 1mg | Calcium: 227mg | Iron: 1mg
The cookbook seems to have terrific detailed instructions and many great looking recipes.  The recipe and instructions posted above are slightly different than those published in “Making Artisan Gelato.”  Please refer to the published material for the original recipe.
But hey – mine turned out great!  It is the creamiest frozen dessert I’ve ever had.  Custard ice creams (those containing egg yolks) are my favorites and chocolate, well chocolate and I have a thing going on.  It can never be too chocolaty.
Hope you enjoyed – or are enjoying your long weekend!  Hope your Labor Day cookouts were terrifically tasty!  Thanks so much for stopping by!
Tricia